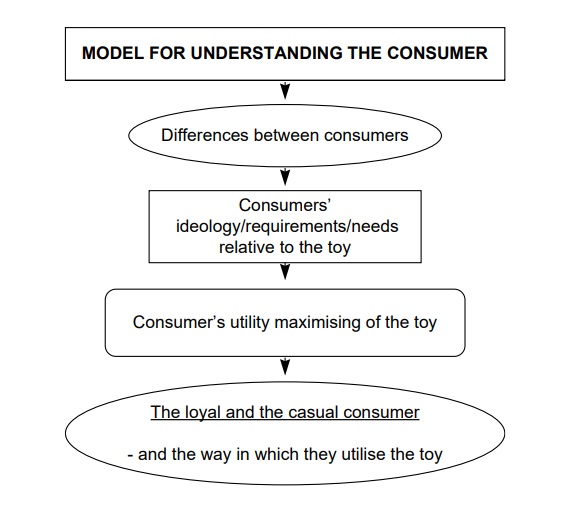 Research undertaken in many different countries describes consumer groups’, parents and family groups’ attitudes to products which are used on a daily basis. The same applies to the different groups’ general attitude, norms and values. International research institutes, e.g. AIM, Saatchi & Saatchi and many others like them, regularly publish overviews of the different groups’ values, norms and needs at the international level.

The establishment of a Danish database was inspired, in particular, by studies based on Hofstede’s theories (1980, 1984). Of the many studies of this kind, two articles by Schwartz & Bilsky in which they account for the universal psychological structures of human values are especially interesting. However, the difficulty with the codes in these studies was that, in several instances, they were very difficult to apply to the situation in Scandinavia - and only indirectly applicable to the question of toys and play within families.

Despite the difficulties, several of these studies did, in fact, form the ideological basis for the establishment of the Danish database used in this book (Steenhold, 1993d, entitled “Toys, Play and Games, Lifestyles and Views of Humanity”). (Tables from a database, based on information about toys collected from 401 Danish children. UNI.C database lodged at LEGO A/S, Billund, Denmark).