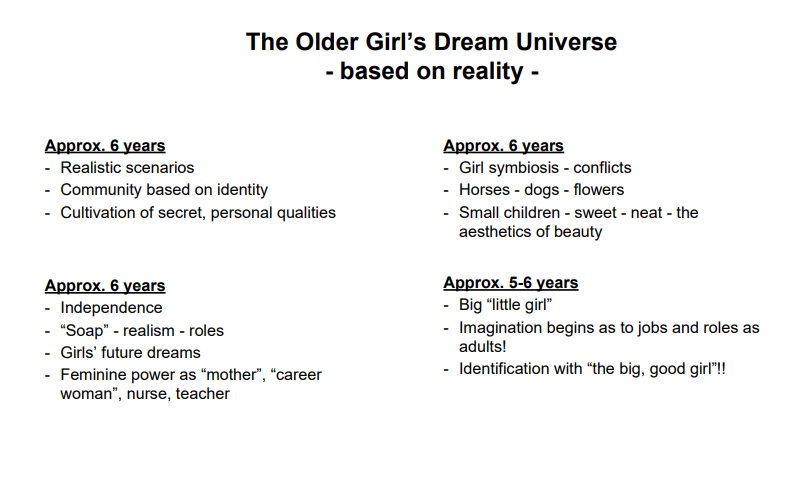 The older “little girls” (5-6 year olds) have already learned the general conditions and rules of right and wrong, good and evil. The girls apply these rules verbally to each other and simultaneously experiment with rules in their role play with dolls. At this stage girls also begin to show an interest in what could or might happen to them when they grow up.

The older girl’s dream universe is a realistic universe. Her fantasy is built up on experience and reality. She is inspired by everyday life but often also by TV series about life at the riding school, the animal hospital, the children’s hospital, etc. The dolls are important to the game as they are used as compensatory figures for real people. Girls aged 5-6 years very often enjoy making accessories/inventory and props (drawing, cutting out, painting and sticking things together). Toys are very often only a supplement to the home-made things. 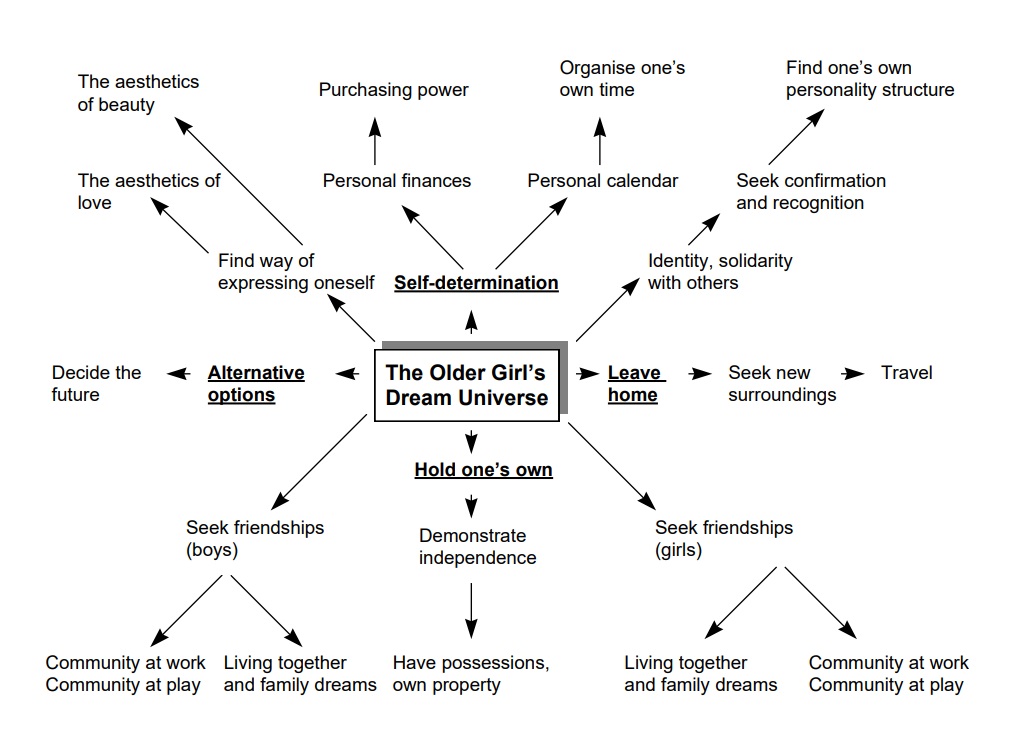