All toys are part of a reciprocal ranking which means that the individual toy can be seen in relation to other and/or similar toys.

In principle, the individual user who plays with a toy or buys it, ranks the toy on the basis of emotional, cognitive and (in particular) action-oriented attitudes to the toy as an object and as a product.

It would be bad planning on the part of the manufacturer if he neglected to ensure that his product appealed to the correct consumer segment. A product’s appeal must be planned on the basis of a strategy and idea which correlates with elementary rules and natural laws (including what children can do and what they are interested in at different ages).

This means that any toy’s positioning is evaluated by measuring consumer perceptions and preferences for the toy as a product relative to similar competing products.

Some of the action-oriented attitudes to different toys which some consumers have made are covered in the following.

With reference to previous chapters of this book, it covers the many relations which on the one hand are fundamental for any general evaluation of an individual toy. On the other hand, it contains theoretical terms relevant to the toy’s sign and codes. The toys are in many cases described using users’ (both adults’ and children’s) own words.

However, the explanations are always related to the sign triad (after Peirce): 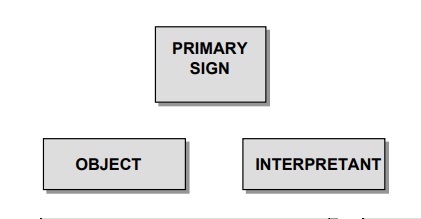 i.e. “ a sign is something which in some way represents something for someone.”

The toy (as part of the primary sign) is something. Its being something is expressed through two points:

The toy refers to something original and it has a particular or special expression which the user is interested in. I call this:

1. The toy’s immediate narration, and

2. Its “nickname” (particular or special description).

The toy represents something on the strength of the story or case which is described - points 3 and 4 - by the toys’ precise presentation and anything else to which the toy refers.

3. How the textcommunicates and relates play with the toy - which involves a long list of case relations - and which someone must interpret.

4. Interpretation is undertaken by someone for whom the toy represents something in some way. The “someone” is of course:

the toy’s sender (manufacturer) but naturally also the user.

The quotations are descriptions of events or texts which describe both very concrete, diffuse and abstract toys.

The above seven points will be described in the following as seven positional spheres:

For example, some parents state that their child does not play at all with selected toys but with a wide variety of different objects:

Nicknames and functional description: A toy will often be given a nickname or called something special. This applies most often to dolls and animals whose names also suggest that they have a special function or identity. In some cases, a toy’s nickname is cultural or national and sometimes even international. Popular stories and fairy tales, myths and legends can be the sources of the names used.

Apart from their natural functional descriptions, tools and implements can also be given a name or description.

Supplementary toys: The person-at-play often uses other toys to supplement basic toys. Children very often use the same toys as supplements because they are best suited or because they intensify the experience of play with the basis toy.

The factors can be read in different ways according to how the special characteristics of the different toys are accentuated and how the toys are used and the way the game is thus texted.

The case relations of toys and play form different images of the reality of play itself, positioned in time and space and attributed relationships and qualities.

A matter of the relationship between the sender and the toy. We also find short descriptions of general or special attributes and signals which the toy is intended to provoke or demonstrate.

This is a natural result of the manufacturer’s intentions and the inventiveness of the product developers (or lack of it). When played with, any toy product has a number of functions. These functions expose the case and communication relations in play with the toy.

5. The universally pragmatic message in play with the toy

This is purely and simply a matter of how far the descriptions of events can demonstrate the extent to which the toys are able (or unable) to bring about greater comprehension, truth and truthfulness about reality and real life for the person-at-play while the toys themselves are products of fantasy.

The legitimacy of the toy is measured by the integrity of its communicative form and by its texts and codes related to the following questions. Either:

Is it false, corrupt - a sham which deceives the person-at-play by pretending it can do something it cannot do?

Furthermore the universal pragmatic message of the toy is also a matter of how far the challenges presented by the toy present the user with opportunities for clear dialogue between “the toy” and the person-at-play  (i.e. in relation to the dialogic parameters and communication within play - see Chapter 1.)

Research triads raise the issue of whether descriptions of events concerning the toy demonstrate that the toy has de facto play value - including all the factors which can be connected to this term in relation to the play triad (Chapter 1). And does acquisition of the toy facilitate recognition, consciousness and the general potential for development?

Research triads also beg the question: To what extent are Peirce’s categories, especially with the weight of emphasis on the metaphysical triads - expressed in the relationship between the person(s)-at- play and the toy.

7. The toy in relation to its symbolic value, utility valueand the eco-social environment

These relationships demonstrate how the toy’s significance for and its role within play are conditional upon the event, the personalities (persons-at-play)  the reification (the strength of the toy itself), the time spent on play and the space in which play occurs. However, as mentioned, a given toy may have its own special symbolic value or utility value and its own social and concept-oriented dimensions. How are these expressed?

on which the texts of play can be based - introduced as short quoted text, poetry, statements, references, etc.)

The following four chapters account for the mutual positions of toys within the four large main groups of the toy classification.

The fifth and final main group, i.e. natural materials, is covered implicitly by the description of the other four main groups.